YouPay is officially available to self-install from the Shopify App Store in 16 countries, which means millions of ecommerce stores across the globe can now grow their business using multiplayer shopping.

Since launching with streetwear royalty Culture Kings in December 2021, YouPay has gone live in over 150 Shopify stores including local and overseas powerhouses Honey Birdette, Killstar, LSKD, Beserk and more. During this time, over 90,000 shareable YouPay carts have been created and more than 20,000 people have either shared a cart or paid for one with YouPay. Meanwhile, YouPay is now available to merchants, shoppers and payers in 16 countries including Australia, the US, UK, NZ, Canada and Europe.

“Becoming a public app that Shopify store owners can install themselves is a sign of our intent to grow, but most importantly it’s a win for Shopify stores, their customers and the people paying for those orders using YouPay,” says YouPay CEO and Founder Matt Holme.

“By allowing online shoppers to share their cart with a third party for payment, YouPay creates an all-new path to purchase that those customers can take, which in turn can create new sales, saves lost sales and increase customer acquisition for ecommerce stores who install YouPay.”

Evidence of this can be seen in results from early adopters of YouPay such as alternative fashion leaders Beserk, who saw a 28% increase in sales and a 20% increase in customer acquisition directly through YouPay.

Installing YouPay on a Shopify store can take as little as 10 minutes, which means ecommerce businesses can enable multiplayer shopping on their site quickly and simply – and start reaping all the benefits that cart sharing offers.

“YouPay lets one person shop and another person pay at the checkout, but no personal information is shared between the shopper and the payer either,” says Holme.

“This means it’s a safe and secure payment option that also empowers social commerce, creator commerce and other situations where the person paying for your order may or may not be known to you.”

With YouPay now visible and free to install from the Shopify App Store, YouPay’s rate of merchant acquisition is set to sharply increase – which means multiplayer shopping could soon be coming to an online store near you.

Learn more about YouPay, which countries it’s available in or add multiplayer shopping to your Shopify store today:

After launching multiplayer shopping in Australia with a growing number of powerful ecommerce brands, YouPay is officially available for overseas shoppers!

Get stuck into Add To Cart

Introducing Add To Cart, a new podcast from Two Broke Chicks that’s proudly powered by YouPay! Surviving your twenties can be chaotic. You usually have to learn life’s lessons the hard way, but journalists, twin flames and ‘Two Broke Chicks’ Sal and Al are dishing life lessons for the gals, from the gals to make it that little bit easier. So come hang!

YouPay Partners with HoMie for the ‘Pay With Purpose’ Campaign

YouPay x HoMie YouPay can be a huge benefit for partners, parents, and professionals alike. But there’s another reason why … 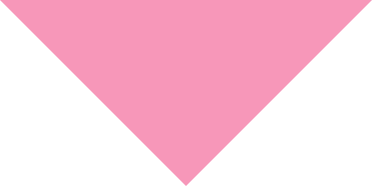