YouPay gets tick of approval from Shopify

YouPay have achieved recognition from Shopify and signalled their intent for accelerated growth by getting certified as a Shopify app.

YouPay offers online stores an all-new opportunity to grow their business by giving online shoppers the chance to share their cart with somebody else.

With YouPay’s social commerce platform available to them – one that’s separate from instant payments and Buy Now Pay Later options – store owners can grow their sales, create new customer segments and connect their customers in ways never before possible. Just four months after first launching their unique cart sharing platform on streetwear giants Culture Kings, YouPay have been given the tick of approval from Shopify. With YouPay now available as a public Shopify app, YouPay can now greatly accelerate their rate of merchant activation – as well as their plans to improve YouPay’s offering to stores, shoppers and payer globally.

“Getting approved by Shopify is a key milestone for us, but only one of many,” says YouPay CEO and Founder Matt Holme.

“Shopify’s endorsement of YouPay is testament to our team’s commitment to expand the e-commerce eco-system.”

Since launching on Culture Kings in December 2021, YouPay has launched with prominent online brands like LSKD, TradeMutt, Beserk and many more. Meanwhile, over 200 other brands have signed on to add YouPay to their online store.

YouPay’s growing stable of merchants has been fuelled by its unique value proposition in a market that’s wary of the over saturated Buy Now Pay Later clones – a trend that’s reflected in the sales results of current YouPay merchants.

“On launch day, one of our merchants saw their sales double compared to the same day last year, half of which were from YouPay orders,” says Holme.

“What we’re seeing is that YouPay is helping our merchants convert customers they otherwise wouldn’t be able to, as well as increase their rate of customer acquisition because YouPay captures details of both the shopper and the payer.

“Customers are using YouPay to pick items they genuinely want, share their carts and let someone else pay for their order quickly and securely via the Shopify checkout, which makes the shopper’s life easier, makes checkout simple for the payer and gives the merchant a sale they may have missed out on. It’s a win for everyone involved.”

With self-installs now a possibility, more stores can start utilising YouPay’s cart-sharing technology to help grow their sales. Furthermore, Shopify approval allows YouPay to accelerate their product development roadmap to offer stores and shoppers from around the world more reasons to use YouPay.

“We are not here to disrupt or replace existing payment methods but rather compliment and expand a merchant’s reach and a customer’s buying power, in turn introducing new levels of human connection and social interaction at at the checkout. YouPay is not just a product for Australia, but for every store owner and customer in the world.”

From Holme, the message is clear: whether you’re a shopper, a payer or a store owner, watch this space – multiplayer shopping is here to stay. 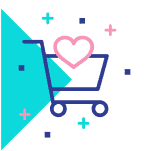 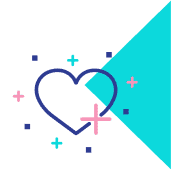